The Net Promoter Score is a commonly used measurement for customer loyalty, where you ask your customer how likely it is that they would recommend your product or service to their friends, family or colleagues. The answer options run from 0 (= very unlikely) to 10 (= very likely). 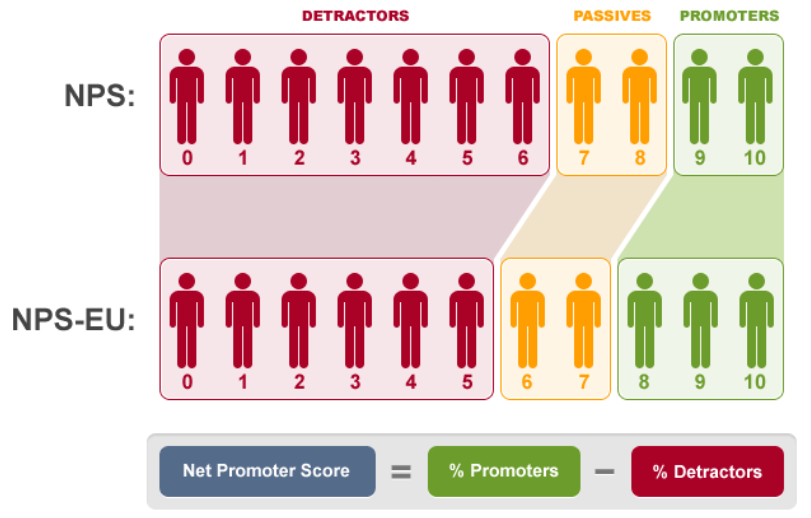 For the Net Promoter Score calculation, you take the percentage of promoters and you deduct the percentage of detractors from them. The result is displayed as an absolute score, not as a percentage, and this score is between -100 and +100.

On the basis of their given scores, respondents are divided into three groups:

You have conducted an NPS research and have 1000 responses to your NPS question. The responses can be categorized as follows:

Please note: this calculations is applied to the records that meet the requirements that you have set in your period selection, your filter selection and the default selection for available records for reporting.

Did you find it helpful? Yes No

Send feedback
Sorry we couldn't be helpful. Help us improve this article with your feedback.